The Campaign Logo.
After trying to produce posters for the campaign, I decided that it would work so much better if I had a logo, or some sort of aesthetic to follow throughout the whole campaign. Therefore I decided that I would focus on using the words '100 days of..' in it and make sure that it is appropriate for the brand Monster. I want to use the brand colours throughout, whilst keeping it more inviting and approachable, as the Monster Energy brand is aiming to expend their target audience, whilst making their brand more approachable. 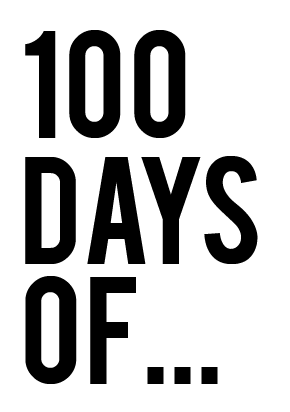 Using uppercase Bebas seemed to be the most appropriate font for what I'm doing, over any others I have tried. After researching into things for other briefs I found an image of a kiwi cocktail, this inspired me to produce a pattern for the background of a lot of my campaign, this will keep the brand consistent too. It will be using the colour of the Monster Energy brand pulled from the logo. 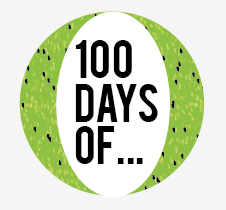 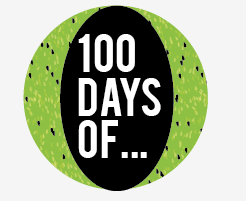 I have decided that I would like the logo to resemble the idea of an eye, more specifically a monsters eye looking for people who could do the challenge. Keeping the colours consistent with Monster Energy, I have decided to only add black and white to the coloured pattern. 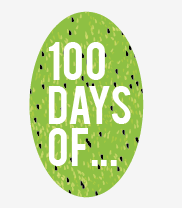 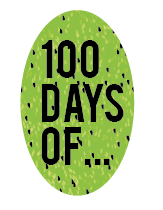 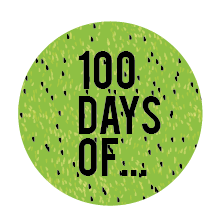 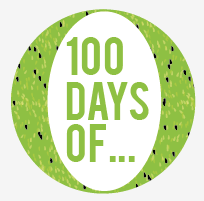 After trying a few different things I chose both the black and white versions of the eye above and took them to a small crit with four people who decided that all of them wanted to see the black version with the white type. I completely agree with this, as I think that it shows a monster really well and also demonstrates the challenge really well. Therefore I will be using this throughout my campaign, including the the kiwi printed pattern too.
Posted by Daisy at 07:30