Cesare Lombroso (1835-1909) - Founder of positive criminology - the notion that criminal tendencies are inherited. 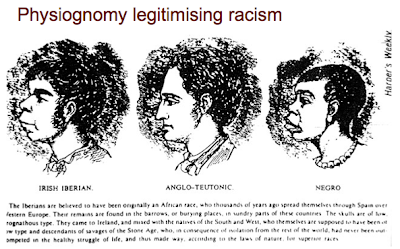 The idea of the perfect race has been going for a while, the idea of superiority. If we draw a line down our face from the top of our head through our nose and our chin we measure how intelligent we are. The straighter the line, the more intelligent you are.

Historical phases of identity;
Douglas Kellner - Media culture; Cultural studies, Identity and Politices between the Modern and Postmodern, 1992.
Pre modern identity – personal identity is stable – defined by long standing roles
Modern identity – modern societies begin to offer a wider range of social roles. Possibility to start ‘choosing’ your identity, rather than simply being born into it. People start to ‘worry’ about who they are.
Post-modern identity – accepts a ‘fragmented ‘self’. Identity is constructed Bauderlaire - introduces concept of the 'flaneur' (gentelman-stroller)
Veblen - 'Conspicuous consumption of valuable goods is a means of reputability to the gentleman of leisure. 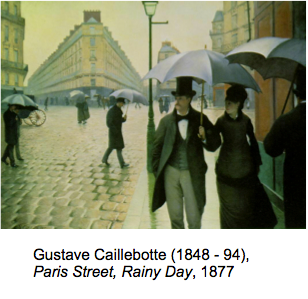 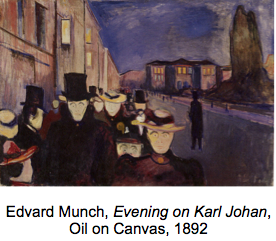 ‘The feeling of isolation is rarely as decisive and intense when one actually finds oneself physically alone, as when one is a stranger without relations, among many physically close persons, at a party, on the train, or in the traffic of a large city’


Simmel suggests that:
because of the speed and mutability of modernity, individuals withdraw into themselves to find peace
He describes this as ‘the separation of the subjective from the objective life’ 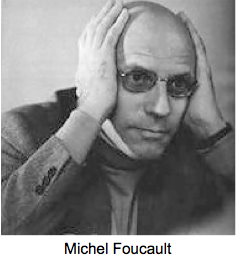 Discourses to be considered; 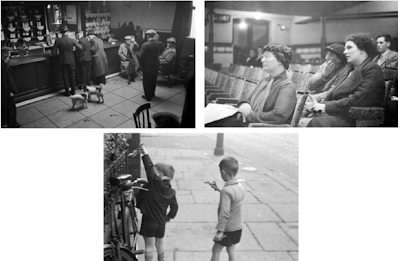 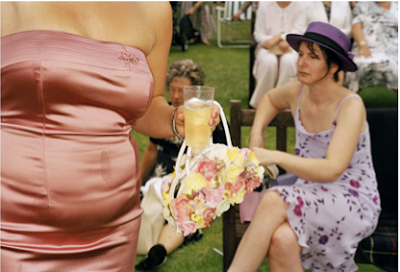 Marthin Parr, Ascot 2003
‘ “Society” …reminds one of a particularly shrewd, cunning and pokerfaced player in the game of life, cheating if given a chance, flouting rules whenever possible’ 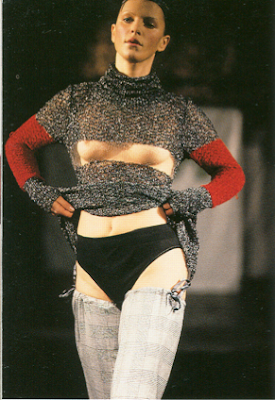 Alexander McQueen, Highland Rape collection, Autumn/Winter 1995 - 6
‘Much of the press coverage centred around accusations of misogyny because of the imagery of semi-naked, staggering and brutalized women, in conjunction with the word “rape” in the title.  But McQueen claimed that the rape was of Scotland, not the individual models, as the theme of the show was the Jacobite rebellion’. 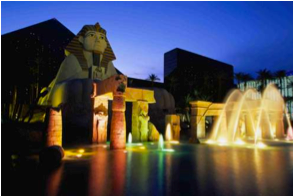 ‘I didn’t like Europe as much as I liked Disney World.  At Disney World all the countries are much closer together, and they just show you the best of each country.  Europe is more boring.  People talk strange languages and things are dirty. Sometimes you don’t see anything interesting in Europe for days, but at Disney World something different happens all the time, and people are happy.  It’s much more fun.  It’s well designed!’ Gillian Wearing, from Signs that say what you want them to say
and not signs that say what someone else wants you to say, 1992 - 3
Another example, she made a series of photographs, she handed out these bits of paper, to get people to write what they felt at the time.

‘Edmund Bergler, an American psychoanalyst writing in the 1950s, went much further, both in condemning the ugliness of fashion and in relating it to sex.  He recognised that the fashion industry is the work not of women, but of men.  Its monstrosities, he argued, were a “gigantic unconscious hoax” perpetrated on women by the arch villains of the Cold War –male homosexuals (for he made the vulgar assumption that all dress designers are “queers”).  Having first, in the 1920s, tried to turn women into boys, they had latterly expressed their secret hatred of women by forcing them into exaggerated, ridiculous, hideous clothes’ 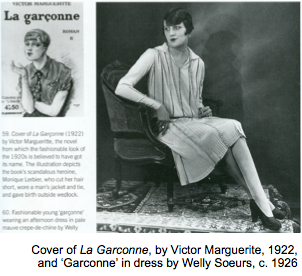 Gender being associated by the way they look. 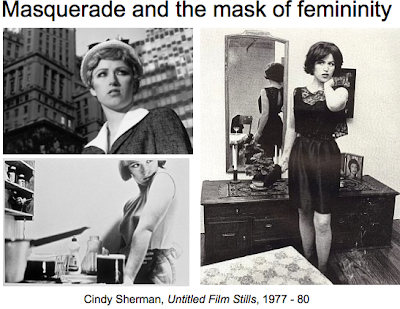 Women are in films to look pretty, this is the stereotype of women in films, as seen through the male eyes. 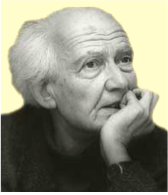 ‘Yes, indeed, “identity” is revealed to us only as something to be invented rather than discovered; as a target of an effort, “an objective”’ 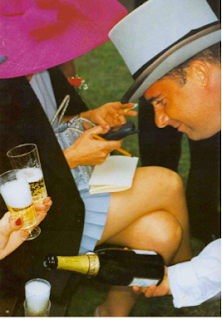 ‘In airports and other public spaces, people with mobile-phone headset attachments walk around, talking aloud and alone, like paranoid schizophrenics, oblivious to their immediate surroundings.
Introspection is a disappearing act. Faced with moments alone in their cars, on the street or at supermarket checkouts, more and more people do not collect their thoughts, but scan their mobile phone messages for shreds of evidence that someone, somewhere may need or want them.’
Andy Hargreaves (2003), Teaching in the Knowledge Society: Education in the Age of Insecurity, Open University Press, page 25 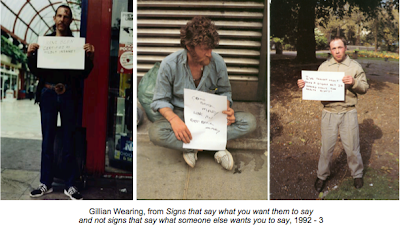 ‘We use art, architecture, literature, and the rest, and advertising as well, to shield ourselves, in advance of experience, from the stark and plain reality in which we are fated to live’.
Theodore Levitt, The Morality (?) of Advertising,1970 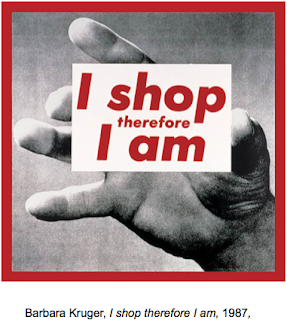 Our identity is formed by where we shop and what we can buy there.

“The typical cultural spectator of postmodernity is viewed as a largely home centred and increasingly solitary player who, via various forms of ‘telemediation’ (stereos, game consoles, videos and televisions), revels in a domesticated (i.e. private and tamed) ‘world at a distance’”
Darley (2000), Visual Digital Culture, p.187

“If I put up a flattering picture of myself with a list of my favourite things, I can construct an artificial representation of who I am in order to get sex or approval.  (‘I like Facebook,’ said another friend.  ‘I got a shag out of it’)”
Tom Hodgkinson (2008), ‘With friends like these …’, Guardian, 14/01/08

“The notion ‘you are who you pretend to be’ has a mythic resonance.  The Pygmalion story endures because it speaks to a powerful fantasy: that we are not limited by our histories, that we can be recreated or can recreate ourselves... Virtual worlds provide environments for experiences that may be hard to come by in the real”
Sherry Turkle (1994), Constructions and Reconstructions of the Self in Virtual Reality

‘In the brave new world of fleeting chances and frail securities, the old-style stiff and non-negotiable identities simply won’t do’
Bauman (2004), Identity, page 27