Thinking of the gender of the type to link it to the image, colour also influences this judgement too.

Vocabulary;
Definitions;
Typeface - A collection of characters, letters, numbers, symbols, punctuation etc. which have the same distinct design. Different weights of the same font are all the same typeface. Could be up to 15 fonts in 1 typeface. Regular is the initial design for a font, its just the starting point for a typeface.
Font - The physical means used to create a typeface, be it computer code, lithographic film, metal or woodcut. One width, one weight, one style of a typeface with a constant stroke and weight.
Glyphs - Glyphs are individual elements which make up a full font.

There are a variation of fonts in a typeface, for example, Gill Sans has 7 fonts in 1 typeface. 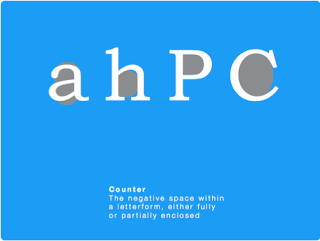 Based on the understanding of the spacial quality which is the counter. The counter is the defining factor whether something is legible or readable. Negative space can define what we are working with, and this is where we find the counters.


Definitions;
Legibility - Is the degree to which glyphs (individual characters) in text are understandable or recognizable based on appearance.
Readability - Is the ease in which text can be read and understood. It is influenced by line length, primary and secondary leading, justification, typestyle, kerning, tracking, point size, etc.
Leading - Is the space in between each glyph.
Tracking - Is about adding lead to create a bigger space between them. It is extending.
Kerning - Is bringing the letterforms closer together. It is condensing.
Never kern a font - track a font but never kern. 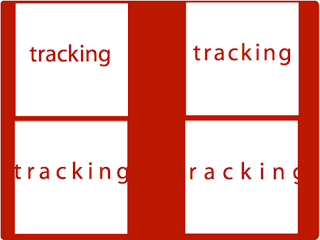 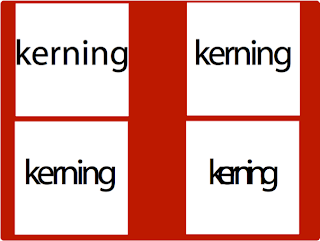 Email ThisBlogThis!Share to TwitterShare to FacebookShare to Pinterest
Labels: OUGD404